Inside Usher’s Home On Sunset Strip in Los Angeles 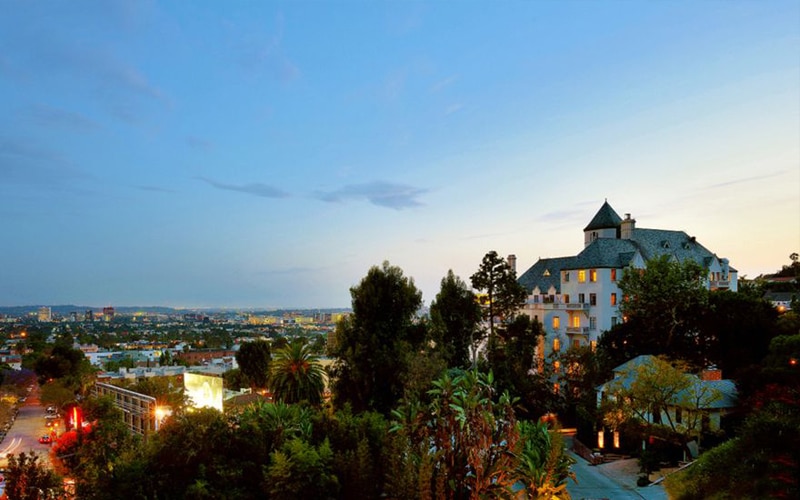 Eight-time Grammy award-winning crooner Usher is plotting his next move. He’s decided to list his Spanish themed contemporary home situated just a block off Hollywood’s Sunset Strip.  This is approximately 1.5 miles from Justin Timberlake’s Condo, previously featured. Notably, he acquired the property a less than two years ago for a tidy sum of $3.3 million. At present, the 4,261 square-foot home is listed for $4.2 million.

The house was built in 1926 and features a five-bedroom setup, six bathrooms and a couple of decent finishes. Remarkably, the property is about four doors down from the celebrity and paparazzi favorite, Chateau Marmont hotel.

The fantastic design elements of the house make it seem as if it’s just jumped out of the covers of a popular interior magazine hotel. Not one to shy away from the conventionally accepted norms, Usher’s home features a foyer and master bedroom with black walls. Interestingly, designers now consider black to be all the rage because of it’s uniquely dark yet stylistic elements. The formal dining room is quite colorful with shades of deep purple, fine curtains, floral print wallpapers and valances.

The master suite comes packaged with a private terrace plus a fully marble bathroom complete with a dual vanity, soaking tub and a detached shower. In the lower sections of the home is where the theater and media rooms are positioned. From there, French doors reveal a separate private deck that leads to the backyard and a plunge pool.

Strikingly, the rest of the home reads from the conformist script. The chef’s kitchen area landscape is laden with a white marble backsplash, a couple of Viking utilities, a built-in banquet and gray cabinets to boot. The living room has dark wood floors, a tiled fireside and stenciled wooden beams.

The house looks perfect to unwind because of its interesting setup with chandeliers and sculptural pendant lights illuminating some of the home’s numerous modern works of art. As earlier elucidated, the French doors also reveal Usher’s eye for detail and his Libra qualities. Next to the pool is a separate guest room complete with its own private entrance. The guest room can double up as a chill spot/meditation-workout room or a home office/studio.

Other than its fantastic night scene, the villa is situated near a couple of taco places. The home also has a media room on he lower level that gives off a glam feel with elegantly designed velvet curtains on the walls

Usher is considered by many as one of the most popular faces in the entertainment industry. The numbers speak for themselves too. Having sold more than 75 million records worldwide, Usher is also a co-owner of the Raymond-Braun Media Group together with Scooter Braun, Justin Bieber’s manager. He rose to fame right after dropping his sophomore album My Way in 1997 as a sultry-voiced teenager.

He has graced numerous magazines all through his career. Most notably, he has been featured quite a number of times as on People’s annual “Sexiest Man Alive” list. Constantly on the road, he has acquired various other properties in different states. The 10,823-square-foot mansion with five bedrooms, two half bathrooms and five full bathrooms Atlanta property comes to mind. More specifically, the property is situated in the suburbs of Alpharetta, Georgia (One of the Atlanta Area’s richest neighborhoods) in an exclusive guard-gated gold community.

He acquired the property from fellow music mogul, L.A. Reid in 1999 for $1.2 million. Even with all its fancy finishes and tidy look, the property still lingers on in the market, yet to find a worthy buyer. The asking price optimistically started at $2.488 million but has since plummeted to $1.75 million. He remains hopeful that both homes will soon get off the market or he might have to resort to a luxury home auction.