8 of the Richest Areas in Atlanta by Neighborhood

Atlanta isn’t exactly known for luxury, it’s not near the ocean or water and yet it’s one of the largest cities in America.   Atlanta’s luxury real estate technically starts at $500,000 but for that price, you could get everything from a sprawling mansion in the suburbs to a small condo in the inner city.  So where is the real Atlanta luxury real estate?  We’re here to show you 8 of the Richest Areas in Atlanta by Neighborhood.

Before we begin, there are a few Atlanta natives that might read this and we need to clear up why certain areas or neighborhoods were left off.  Luxury and Buckhead in Atlanta are almost synonymous and while you might colloquially say that Buckhead is a neighborhood, it’s actually not any sort of official area, neither is Midtown.  It’s just an area that the locals know.   So while Druid Hills and Brookhaven all have some major luxury real estate in Atlanta, if it wasn’t an official “subdivision” then it didn’t make our list.  In addition, the subdivision had to have active homes for sale in order for us to include it.  Finally, Atlanta condos did not make the list either. 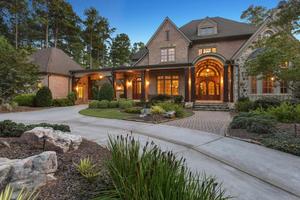 Considered to be the most luxurious real estate in Gwinnett County, The River Club starts with homes above $1 Million and goes as high as $6 Million.  A gated community, with swim, tennis and of course, golf,  The River Club is a hot attraction for top executives and athletes including Mark DeRosa who is selling/sold his mansion. The River Club is particularly popular with dentists and doctors as it’s a great neighborhood with amenities for the entire family. 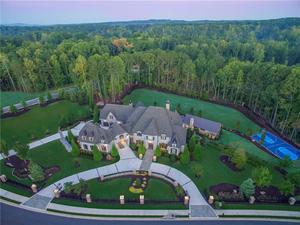 In the same vein as The River Club, this gated community features what’s affectionately called, “McMansions.”   Situated on lot size less than one acre, these min-estates are nestled in one the most popular relocation cities to move to outside Atlanta, Alpharetta GA. In fact, Alpharetta real estate is one of the richest areas in Atlanta.   The Manor is known for it’s high end real estate, but tennis enthusiasts will sing the praises of one of the largest tennis facilities in the state.  Of course, The Manor features, golf, indoor and outdoor swimming and playgrounds. 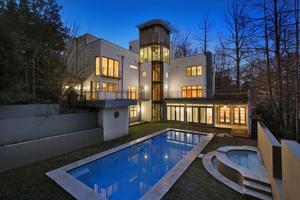 If there was a classic go-to Atlanta neighborhood with historic value it’d be Morningside.  Although many Atlantans might call Morningside luxury, it’s in its own category because it’s just a neighborhood where people genuinely want to live.  There are not too many status symbols in Morningside (aside from the wildly varying architecture), and although there are typical amenities, it’s nothing close to the wow factor of The Manor or The River Club.  Homes start in the Million range and go up to $2.7 Million with homes built in the 1930s. 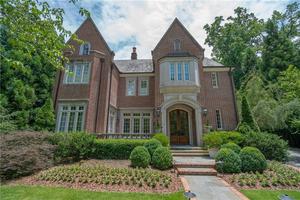 Many of the homes in Haynes Manor look as if they were plucked from the French countryside and placed on Atlanta fescue. Built in the 1920’s Haynes Manor features homes priced from $1 to almost $4 Million.  Haynes Manor is popular due to its history, larger lot sizes and proximity to one of the richest areas of Atlanta, Buckhead. 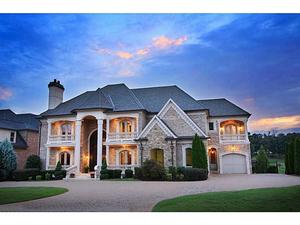 Sugarloaf Country Club is home to some of the more famous real estate, in part because of its luxury, but more likely due to its infamous past (from Michael Vick’s foreclosure, to “the madame”). Sugarloaf Country Club is also home to many athletes, doctors, and other executives. The reason is the same as The River Club and The Manor, in fact, on many occasions, these neighborhoods compete for buyers. Sugarloaf CC is a part the TPC as well as home to tennis, swim and a gated community (which can’t be said for all of the neighborhoods on this list. 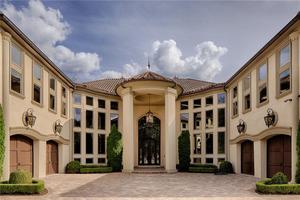 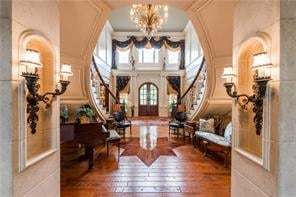 Even Wikipedia says Ansley Park is an affluent residential neighborhood in Atlanta, Georgia (aka richest areas in Atlanta). With homes that date back to nearly 1900, the subdivision is classified as a historirc district. In 2008, the median household income for the neighborhood was $226,335. With homes ranging from $1 Million to $4.5 Million. 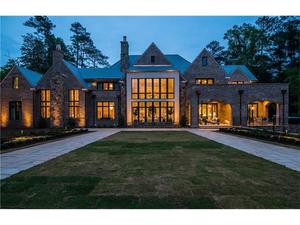 Tuxedo Park is by far the most luxurious real estate in Atlanta!  Quite possibly the Richest area in Atlanta.  With prices up to $12 million and names that are not just rich but also powerful on the street, living here means you likely know someone who knows someone.  Tuxedo Park is home to the Governor’s mansion and has been the home of Robert Woodruff, former chairman of Coca Cola, and Bobby Jones, the beloved golfer, and currently Nathan Deal.

Any luxury real estate agent worth their salt knows about Tuxedo Park!

In Conclusion of 8 of the Richest Areas in Atlanta

That concludes our look at the richest areas of Atlanta by looking at the top 8 neighborhoods in the Atlanta Metro Area.  Some honorable mentions are Chastain Park,  several neighborhoods in Johns Creek, such as St Ives, Chateau Elan in Braselton, as well as St Ives in Monroe GA.  As a side note it’s a shame that many of these multi-million dollar communities don’t hire professional real estate agents, many of the photos we shared here were picked through many other photos that were not “shareable.”

Are you looking to invest in real estate and buy a new house? If you want to purchase a luxurious residence, then you should explore

The Best Neighborhoods in Naples, FL

The largest city in Collier County, Naples is one of the best places to live in if you are in the hunt for a luxury 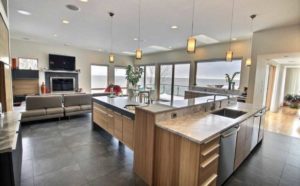 The Top Celebrity Homes of Cleveland

Cleveland is home to some of the most famous American celebrities from Academy Award winner Halle Berry to TV reality star Khloe Kardashian. Most of